join a community that supports projects and organisations striving to save our ocean.

Such a large community can't function without hierarchy. With the ranks Poseidon, Aquaman, Mermaid, Whale and Shark you'll get different economic powers. But with power comes responsibility - promote the community, be honest and respectful and be kind to the rookies. In the end, we all have the same goal: saving the world's oceans. 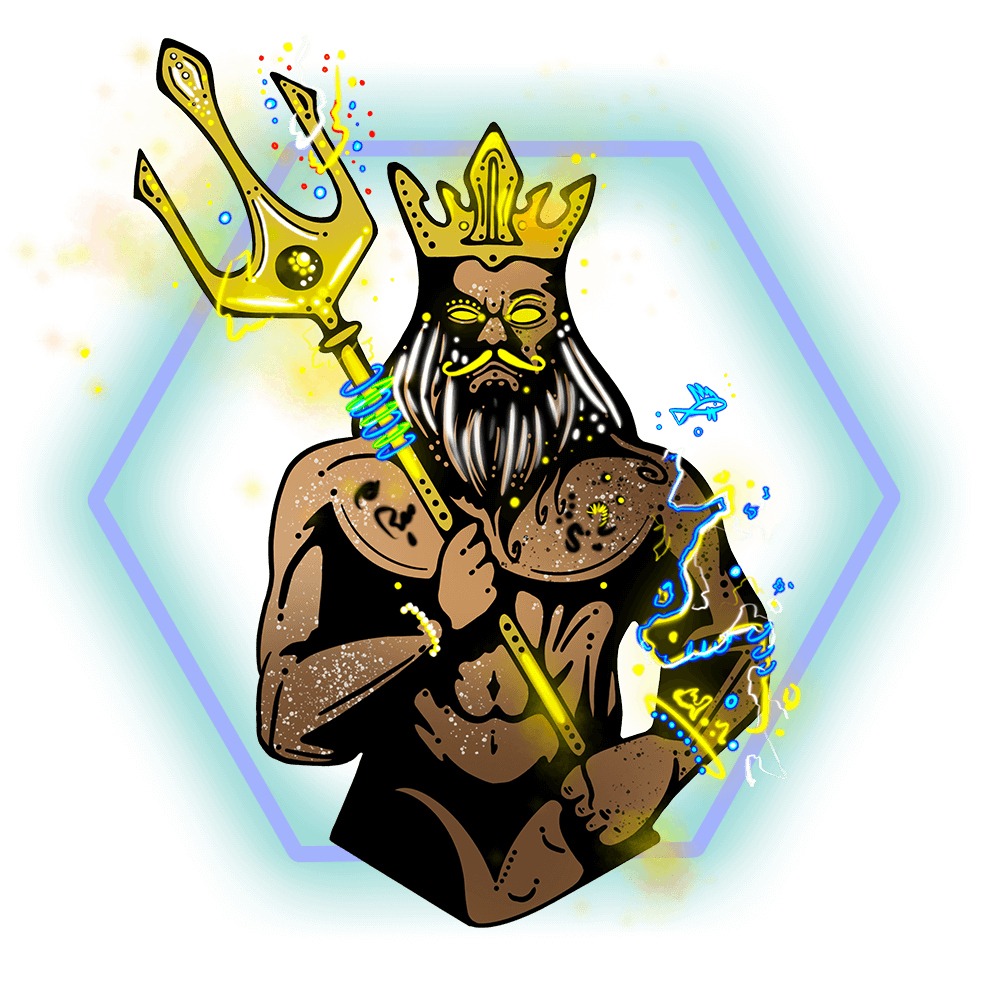 Poseidon is the god of the sea, which holds the most powerful collector position in the fish tank. His highly respected symbol of power is the mighty trident. Poseidon's palace is located deep in the sea, from where he controls the underwater world with his fish army. It is said that he has the 20 strongest, fastest and most agile fish in the ocean and is one of the main defenders of the fish race trophy. 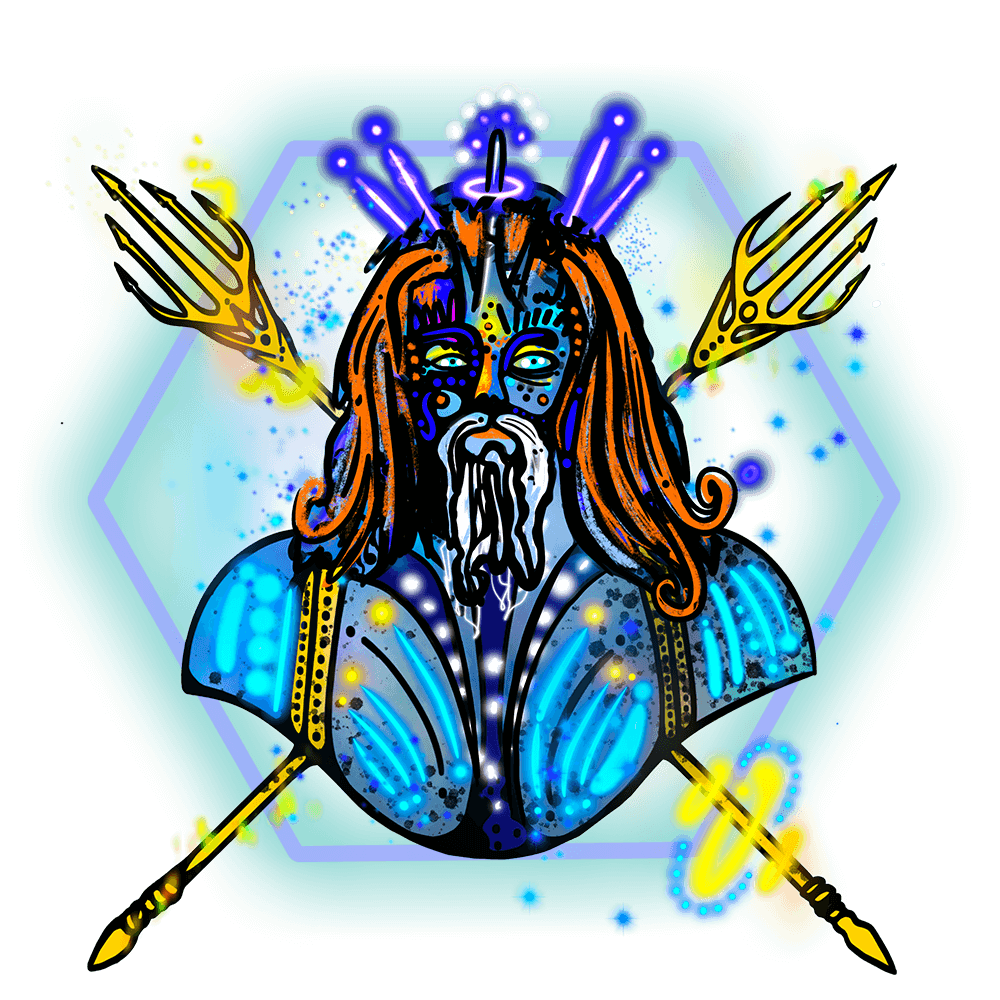 Aquaman is the prince of the sunken kingdom of Atlantis. One of his skills is to communicate with other sea creatures through an echo sounder which means the population and biodiversity in the fish tank is always increasing. He also has the unique ability of being able to walk on land. 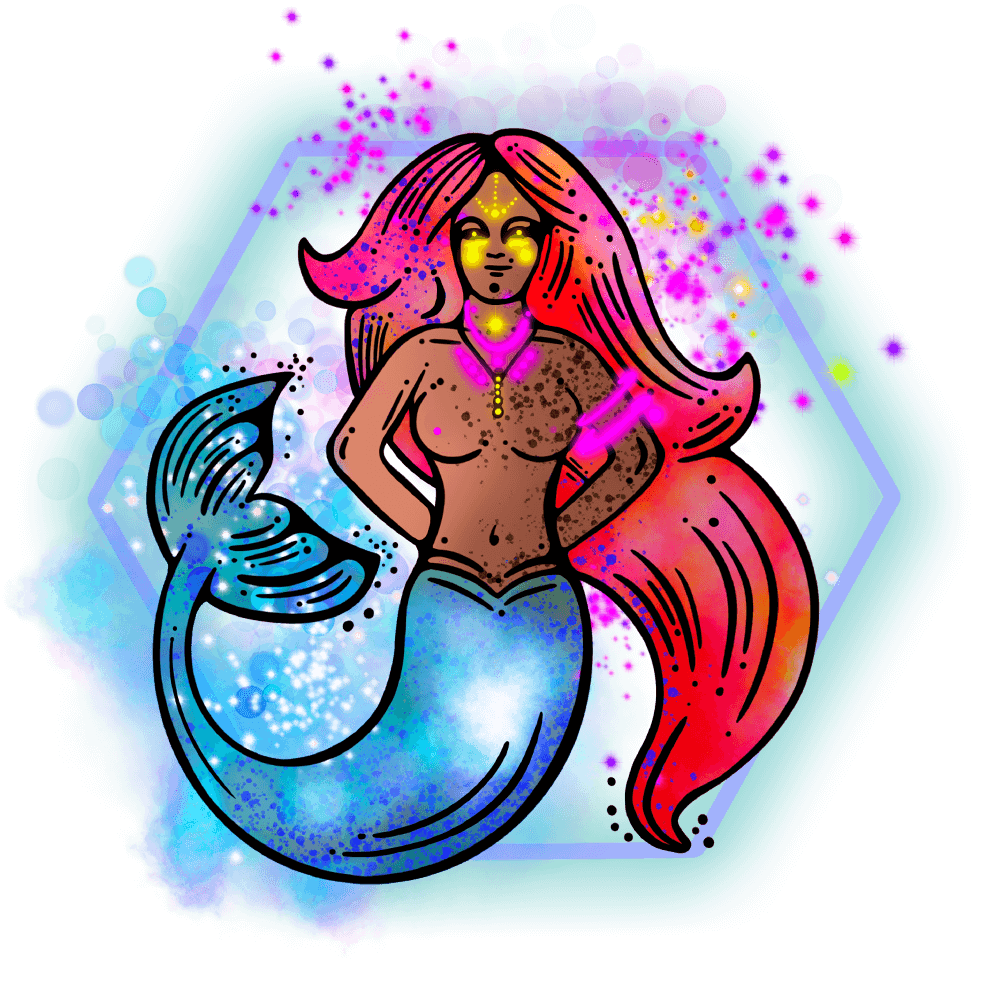 The mermaid, the daughter of Poseidon, ruler of flora and fauna is always busy with maintenance of the coral reef and protecting the underwater environment. Mermaids are supernatural beauties that will turn not only your head but also your fins. Unfortunately, her love lives on land and from time to time she dreams about having the ability to walk on land. 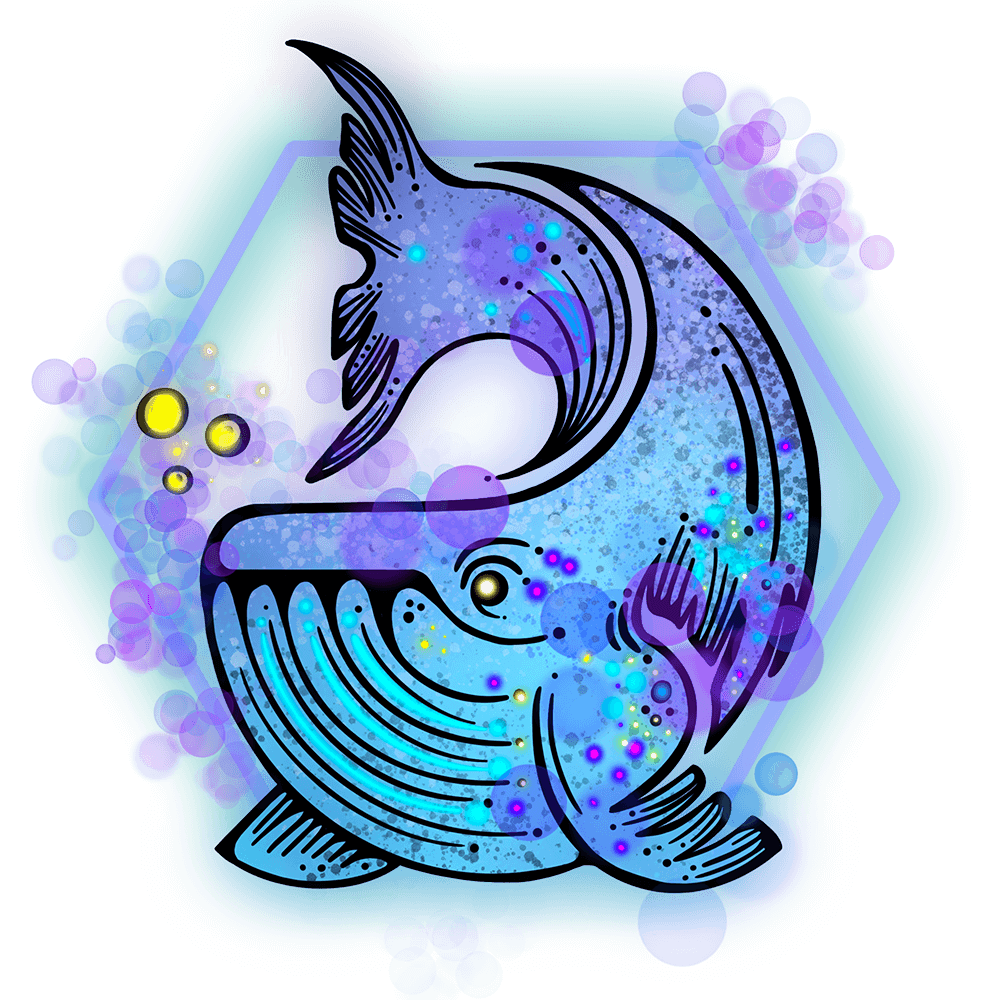 Some species of whales are among the longest-living mammals. The whale groups, called schools, usually consist of 10-50 animals but can be as large as 1000 animals. The individual schools have a fixed hierarchy, with priority positions determined by biting, pushing or ramming. Be careful which schools you mess with. To update each other they communicate over great distances by humming their mystical songs.

Sharks are an apex predator, which means they are at the top of the food chain. There are over 500 known species worldwide. Sharks are actually loners, but with a whale as their leader, they unite to form an unbeatable team. Together they try to solve the mystery of the golden shark tooth.

Join a community striving to save our ocean!

After minting your personal sealife you can hold & observe it in the Member-Tank.

SPLASH IN
OUR DISCORD 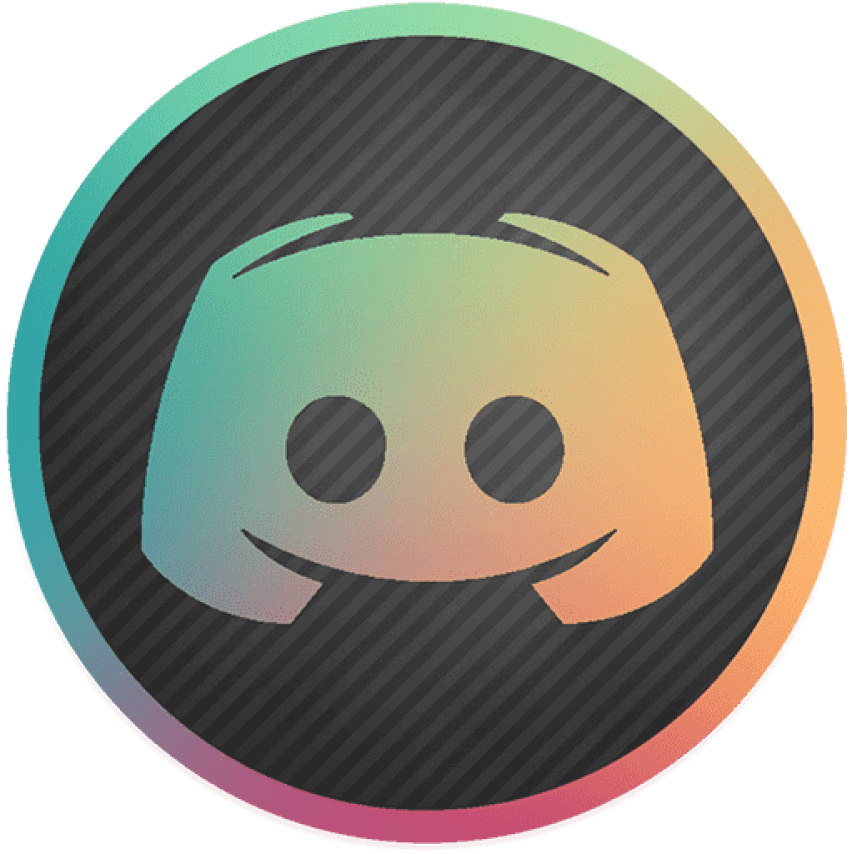